Seek What They Sought 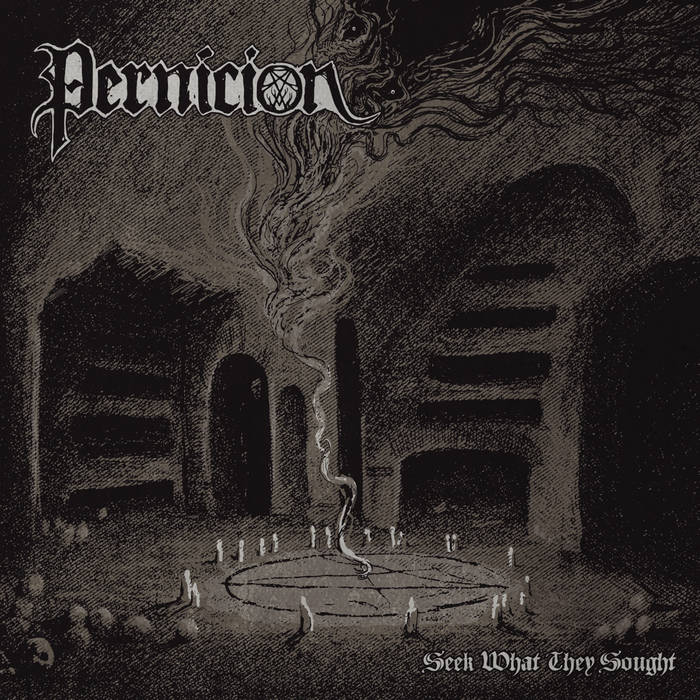 12breacher Pernicion know how to make death doom kick absolute ass. This is a haunting and bludgeoning record both at the same time. Ridiculous amount of potential and they delivered a head crushing cavern of evil death metal. Highly recommended. Favorite track: The Darkness Comes.

This Doesn't Seem To Have A Character Limit

PERNICION is a UK based two men death metal outfit featuring multi-instrumentalist Anil Carrier (Anaal Nathrakh- live, Binah, No More Room In Hell, Towers of Flesh) alongside Dan Benton on vocals.
Stylistically, the band merge the discordance / sombre clad feeling of older death metal acts alongside the clinical precision that is prevalent among modern acts. The blended fusion of old and new is apparent in their pummelling debut.
Their debut EP ‘Seek What They Sought‘ has a run time of approximately 28 minutes and was recorded, mixed and mastered by Anil Carrier at The Barracks Studios in Huntington Beach, California (note; the studio previously used by Eighteen Visions, Carnifex and Bleeding Through).