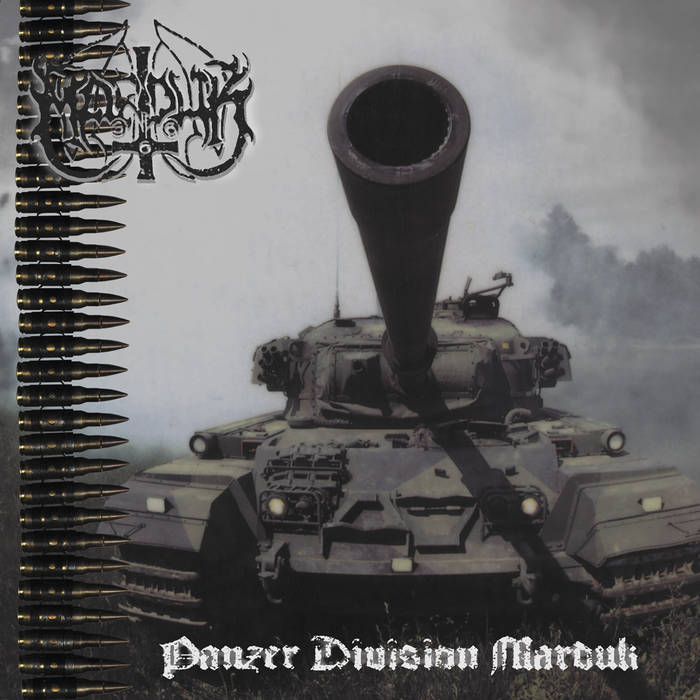 Caesar Choperena This album was one of the very first I ever listened to of black metal. By that time I was dismembered just by listening

cromlek_ Violence, violence and a little more violence. The most powerfull black metal masterpiece ever made !

Osmose Productions in conspiracy with Blooddawn Productions present the long awaited reissue of the legendary Marduk album Panzer Division Marduk.
An album that dont need any presentation. Upon its release in 1999 it struck down upon the unsuspecting world bringing havoc and chaos.
An album that would take black metal to a new level. Intense, malevolent and bringing the war theme to a degree undreamed of.
The world would never be the same...
Sold out for a long time on vinyl, the album is now available remastered on digipak cd with original artwork and layout as well as vinyl edition in the following color editions.
And we also bring an exclusive vinyl version with alternative front cover and gatefold sleeve that also includes a slipmat. This edition limited to 1000 copies.