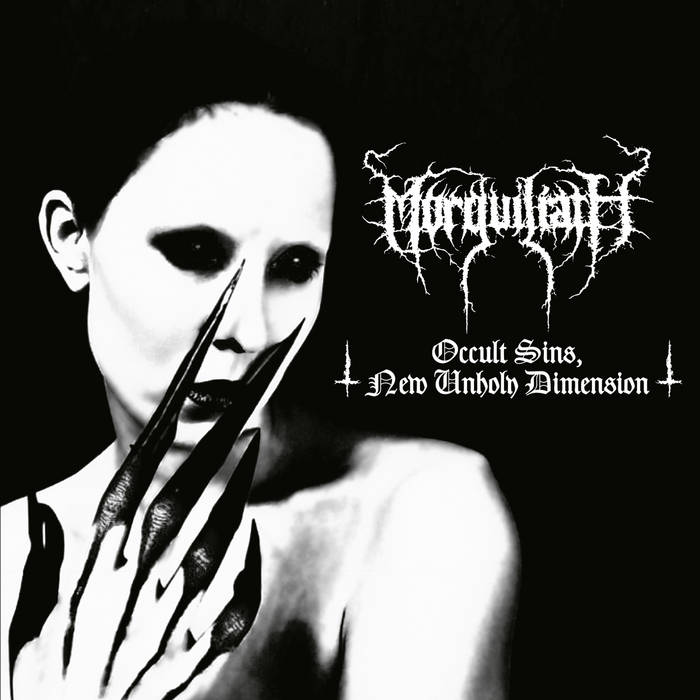 🛒 All CD, LP and Merch: bit.ly/morguiliath-shop

Morguiliath was born in the south of France by Rats in 2004, offering multiple concerts and performances.
Two demos have been released and distributed independently.
The first album "Age of Misanthropia Human Blood and Chaos" was released in 2020 by Vacuum Tehiru Productions, as a very dark album dealing with occultism, demonology, Chaos and the annihilation of Monotheistic beliefs and all forms of religious cults.
Only one active member in this project, Rats who is also involved in two other projects: "Suicide Circle" with the illustrious boss of French Black Metal, Meyhnach, produced and distributed by Osmose productions and Dhärnürgh which remains an independent alternative project.
The new album "Occult Sins, New Unholy Dimension" follows the path of Morguiliath and respects the ethics of Black Metal 80/90's, associating Thrash / Black Metal riffs without forgetting an unhealthy and abysmal atmosphere.
Many influences are present there, such as Bathory, Venom, Darkthrone, Nëhëmäh, Hell Militia, Mütiilation and others...