Hour Of The Centaur 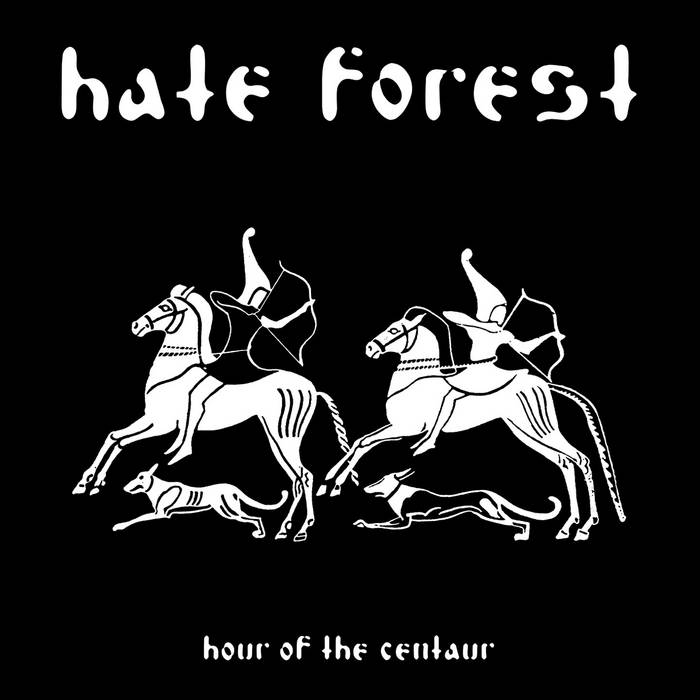 helMisanthrope When you’re addicted to blast beat and need that one album that has no bullshit in the arrangement, you got it here! Fast and hypnotic. Favorite track: Anxiously They Sleep In Tumuli.

Ippocalyptica Now that it is very unlikely that the absolutely phenomenal Death Fortress will ever release another album, it is rather fitting that Hate Forest - the band that most inspired the sound of Death Fortress - has released perhaps the best album of its career in Hour of the Centaur. This album should have appeared on more 2020 AOTY lists, and I think that time will be very kind to its standing. This is black metal manifested as pure fury with uncompromising vision, and is a force to behold.
more...

After 16 years of deathlike slumber, Hate Forest is back with a new album called ” Hour Of the Centaur” created and recorded in few days of April 2020. You will not find anything trendy or new here – band’s same unpenetrable dark wall of sound and bottomless maelstrom exclusively.