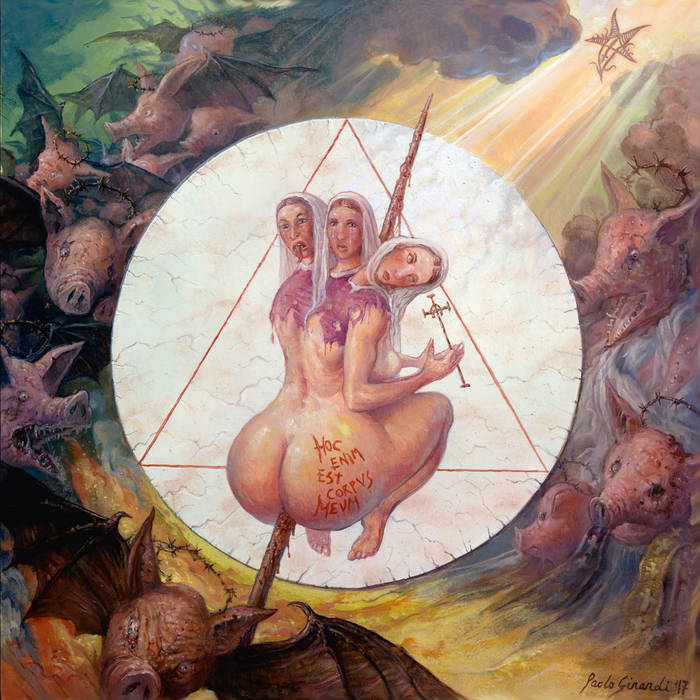 Filii Nigrantium Infernalium began at the end of the eighties under the name Bactherion. They were heavily influenced by bands such as Hellhammer and Necro Schizma. After changing their name to the latin denomination of children of the infernal darkness they released the demo “Os Métodos do Pentagrama”, which was widely distributed within the then growing Black Metal Underground. The Mini CD that followed, “A Era do Abutre”, embraced their Heavy Metal influences, and was much of a Black Heavy hybrid. Entering a lethargic deathlike sleep, they returned from the darkness in 2002 with an EP that foreran their long elusive debut album, which was to be released in 2005 with the name “Fellatrix Discordia Pantokrator”. Releases and performances went on in an erratic way, including a second album, “Pornokrates: Deo Gratias”, in 2013.

HOSTIA has now been recorded and it marks a return to aggressive and unpolished blasphemy.