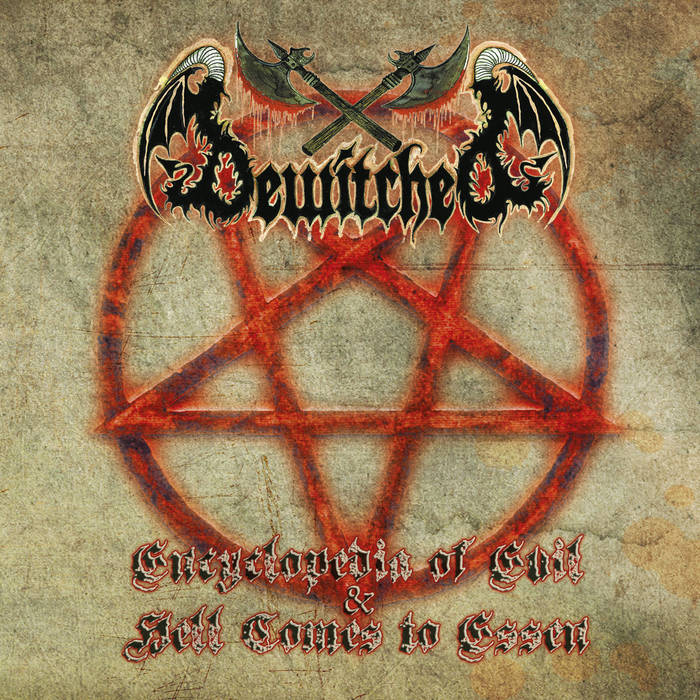 Originally released in 1996, Encyclopedia of Evil was a fun all-covers EP that followed closely on the heels of BEWITCHED’s celebrated debut album, Diabolical Desecration. Totaling 25 minutes, here can you hear the band rip through reverential covers of Venom, Bathory, Mercyful Fate, Celtic Frost, and even Black Widow and concluding the record with the then-brand-new track “Hellcult.” Alternately, Hell Comes to Essen was released in 1998 following BEWITCHED’s celebrated second album, Pentagram Prayer, the year before. This raw ‘n’ bloody live album was recorded during 1997’s monumental World Domination Tour, which included then-labelmates Enslaved, Dark Tranquillity, Swordmaster, Dellamorte, and the pre-DragonForce Demoniac. Collected together for the first time ever, a wild ‘n’ indispensible collection!