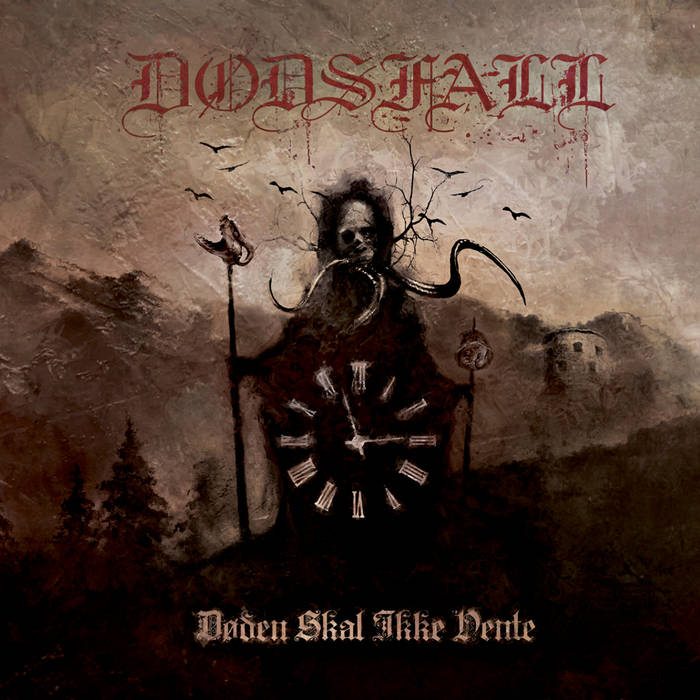 "After four years of silence Black Metal force DØDSFALL returns with their long awaited fifth full-lenght album entitled "Døden Skal Ikke Vente" which contains 10 new tracks of pure hate and anger on it´s best form. DØDSFALL worked this time with producer Tore Stjerna (Mayhem, Watain, Behexen, Funeral Mist) at the renowned Necromorbus Studio in Stockholm, Sweden, the album was also produced in co-operation with the mastermind IS. As for the crushing dark album artwork, the group linked up with the artist Pazuzuh which previously worked with the band on the artwork of their album "Djevelens Evangelie"of 2013.
The new album is the result of a huge wave of inspiration that grew up like a snowball after the release of “Kaosmakt” in early 2015 which ended up in "Døden Skal Ikke Vente", that presents a fresh and creative album holding on to their roots and sound the was established from the very beginning on the band´s career. It can be described as a successful combination of past and present with new elements and different sources of inspiration. The album it´s epic, majestic and furious with this medieval touch inspired from the cold lands of the north, black, dark and powerful. This is also the debut of drummer TELAL who has been playing also with acts like Troll, Isvind, and Endezzma to name a few.
For the first time in the band's career, they have recorded a video clip of one of their songs called "Grå Himlar" in co-operation with Dorian Productions. Expect nothing but one of the best DØDSFALL releases to date, full of majestic passages that will make the album a classic!!!"